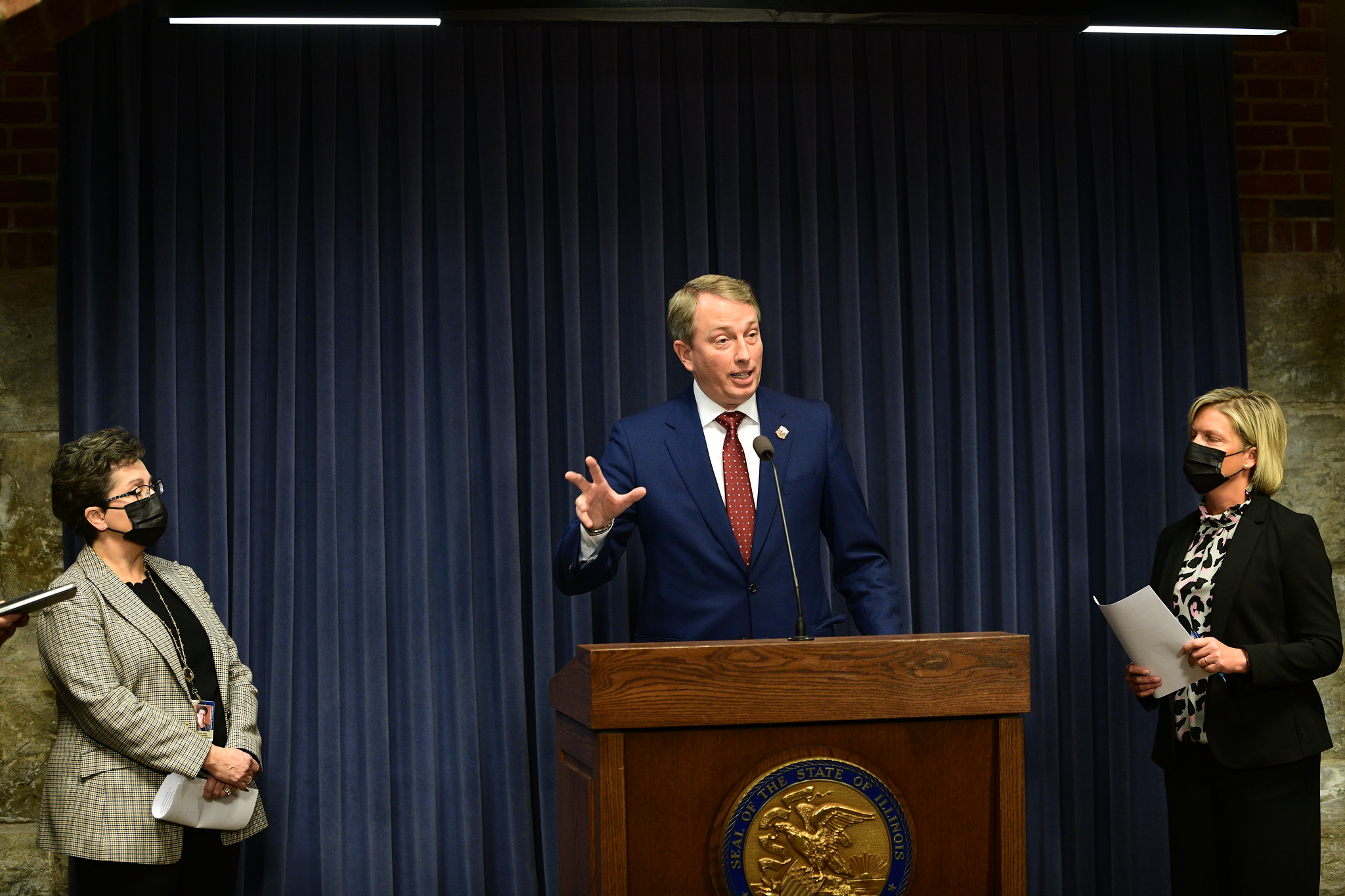 SPRINGFIELD – 118th District State Representative Patrick Windhorst (R-Metropolis) led a Capitol press conference on Wednesday to highlight HR 598, a Resolution Windhorst is sponsoring that calls for the full repeal of the so-called ‘Safe-T Act’ containing a multitude of criminal justice reforms. Windhorst says the State of Illinois is less safe after the sweeping legislation passed in January 2021.

“As a member of the Illinois House Judiciary Criminal Law Committee and as a member of the Illinois House in the 101st General Assembly, I voted against what is known as the ‘Safe-T Act’, a package of criminal justice reforms that I believe make our communities much less safe and hampers the ability of our police officers to do their jobs effectively,” Windhorst said. “Today I filed HR 598, a Resolution that calls for the full repeal of these reforms and a restoration of an attitude fixed on restoring law and order and supporting our law enforcement officers.”

HR 598 describes in great detail the legislative calendar of events leading up to the eventual passage of the Safe-T Act and calls for a full repeal of the law. Rep. Windhorst has also requested legislation that would effectively return law enforcement codes back to what they were before Governor Pritzker signed the Safe-T Act in Feb. 2021.  “Let’s get back to being a pro-police, pro-law enforcement, public-safety-first state,” Windhorst said. “This is something we can achieve by working with our fellow legislators that are seeing rising crime rates in their own communities and by listening to our police officers, police and sheriff’s associations, prosecutors, and community leaders in the coming Session.”