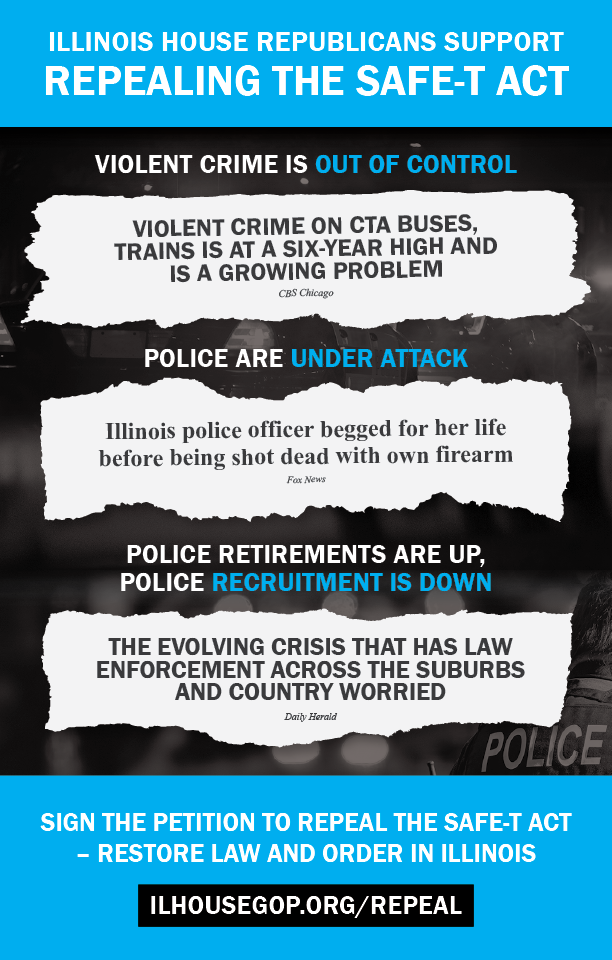 METROPOLIS – 118th District State Representative Patrick Windhorst (R-Metropolis) led a zoom video press conference on Thursday morning to announce he has filed legislation that would repeal the so-called ‘Safe-T Act’, legislation passed on a partisan basis by Democrats in 2021 that Windhorst says makes police and the communities they serve less safe.

“As a member of the Illinois House Judiciary Criminal Law Committee and as a member of the Illinois House in the 101st General Assembly, I voted against the sweeping package of reforms that make up the SAFE-T Act,” Windhorst said. “Now, I’ve introduced legislation that would repeal the anti-police reforms in the law. This is one step Illinois can take to restore law and order and stem the tide of spiraling crime.”

“Illinois send a message to would-be criminals that we value our police and the critical public safety they provide to all of us,” Windhorst said. “I encourage my fellow legislators from both sides of the aisle to join me. It is time to repeal the SAFE-T Act, restore law and order, and show the men and women of law enforcement that we have their back in the fight against rising crime in our communities.”

Rep. Windhorst is also sponsoring a petition drive to gather signatures in support of the effort to repeal the SAFE-T Act. The petition can be found at ILHouseGOP.org/repeal.