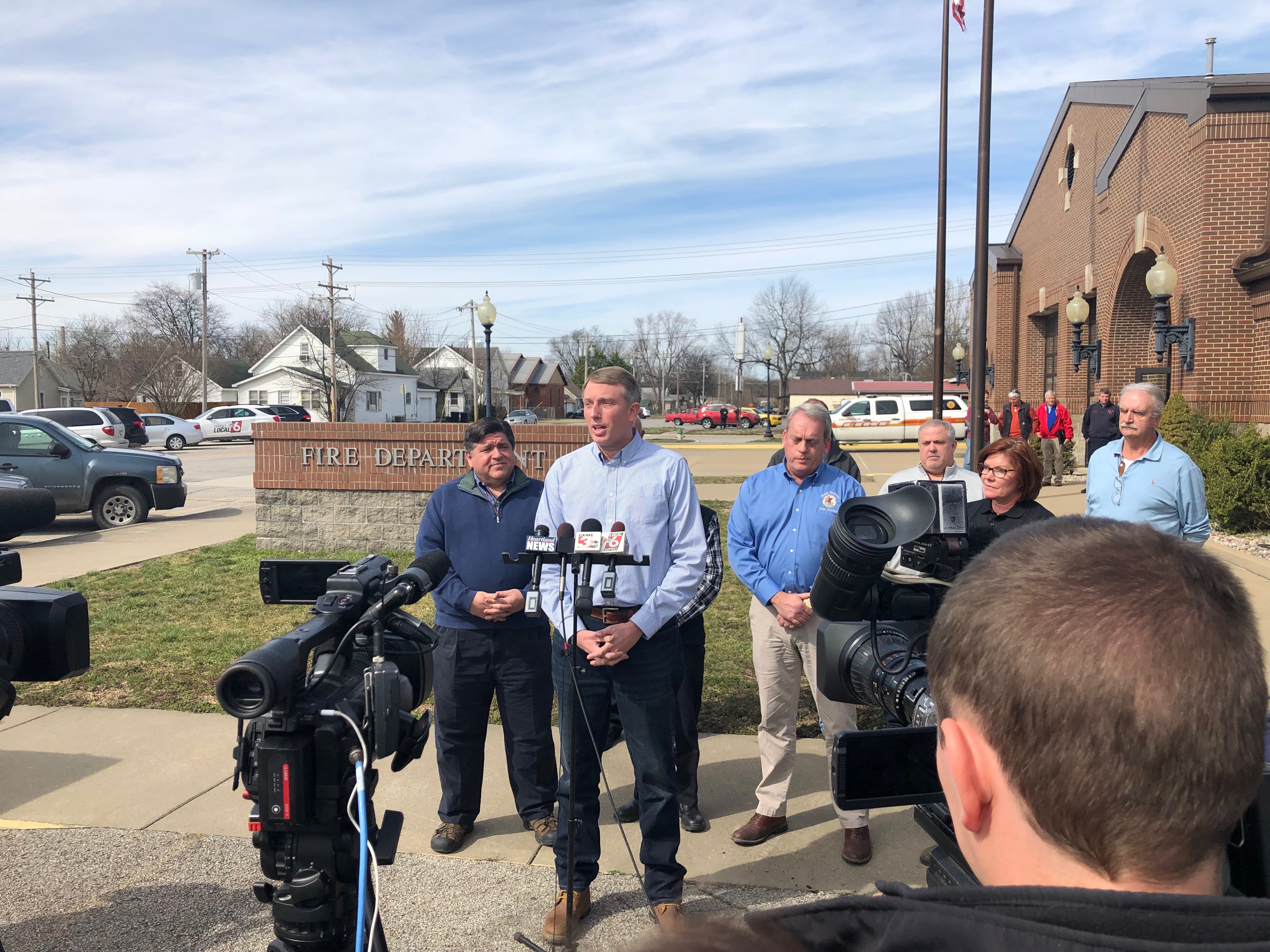 “Flooding is a major challenge for those of us living in Southern Illinois,” Windhorst said. “The amount of precipitation in the Ohio River basin over the last several months has resulted in rising river levels in our region and flooding for many of our residents. The crest is expected to be among the highest on record, but from what I learned today, property damage to this point has been limited to the dozens, rather than the thousands of houses and residents.”

Windhorst vows to continue to monitor the flooding situation and to stay in close contact with IEMA officials.

“This may be an ongoing issue year after year, as we indeed live in the flood plain of two large rivers,” Windhorst said. “But, every time that Southern Illinois faces one of these disasters, I am amazed at the teamwork and the results that are produced when the local government units work together with each other and the public to keep people safe, to perform rescues, and to ultimately rebuild after damage occurs.”