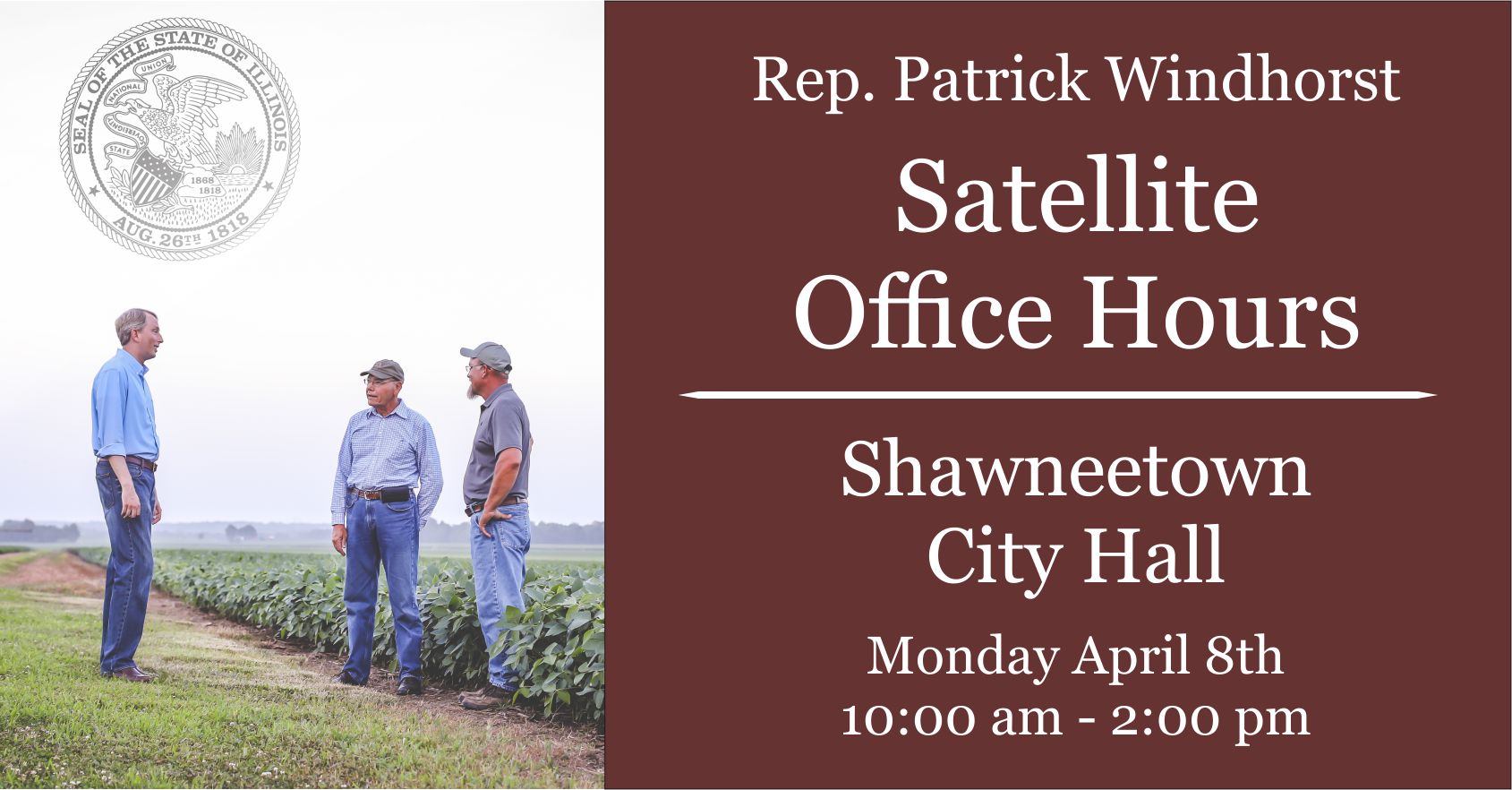 Springfield…. In the continuation of efforts to develop a high level of communication and access between his office and the people that reside in his district, State Rep. Patrick Windhorst (R-Metropolis) today announced the launch of a “Satellite Office Hours Program” that he plans to continue throughout his time in office.

“To be an effective representative it is important to understand the issues your constituents are dealing with on a daily basis. We have a large district and one of my top concerns is ensuring that my staff and I are doing what we can to reach those that may have a difficult time reaching us. The voices of our small towns and communities matter, my hope is that this program will help me make sure that those voices are heard all the way in Springfield.”

The program consists of an ongoing joint effort between Rep. Patrick Windhorst, local officials, and stakeholders throughout the district to set up office hours open to the public in every part of the 118th District.

Windhorst’s first satellite office hours will be held in Shawneetown’s City Hall on Monday, April 8th, from 10:00 a.m. – 2:00 p.m. Local residents are encouraged to stop by to discuss any matters they would like. Upcoming confirmed locations include Vienna on April 24th and Golconda on May 6th (additional details to be provided) , with many more locations to be added in the future. Any questions regarding the “Satellite Office Program” may be directed to Rep. Windhorst’s district office in Harrisburg – (618) 294-8703.