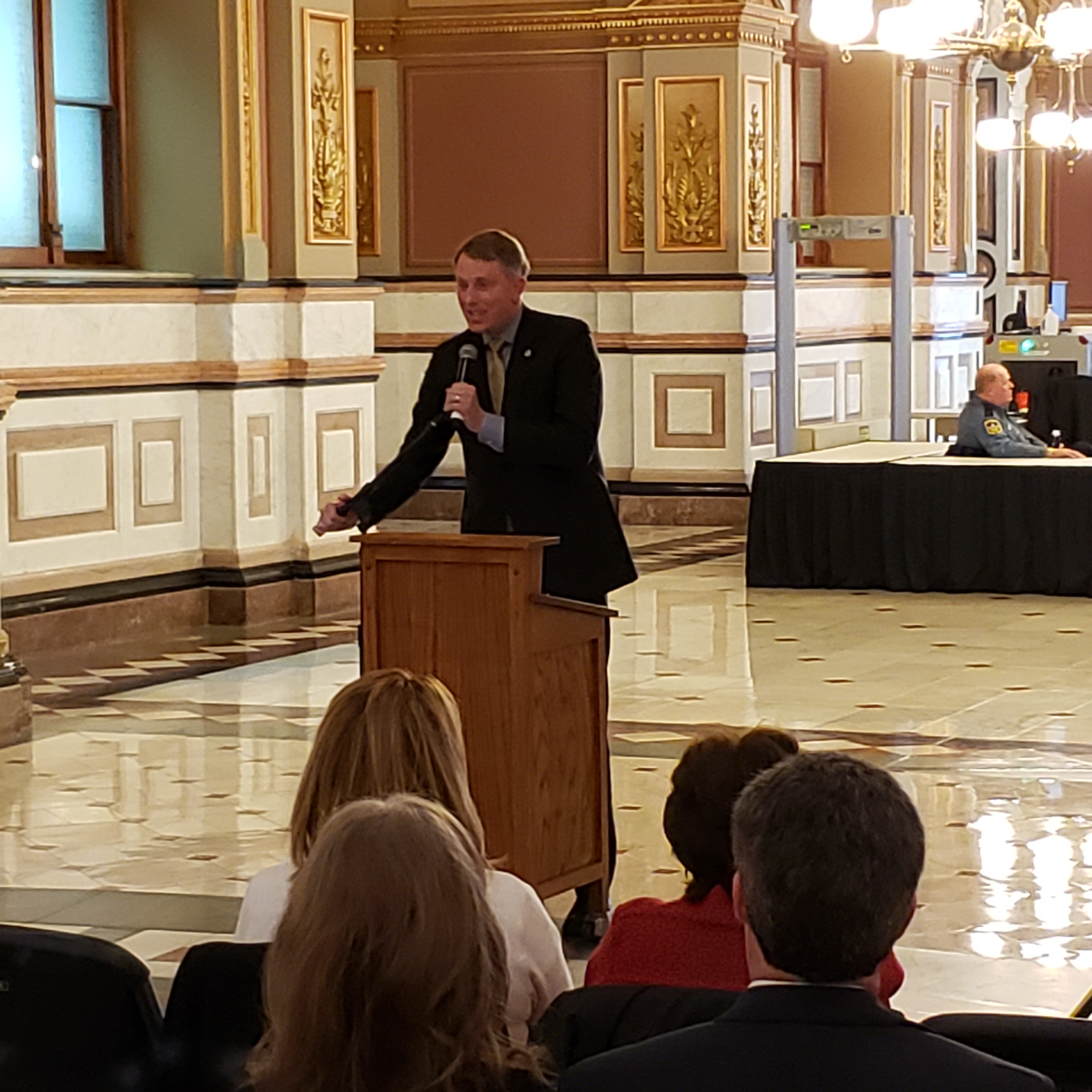 There’s a lot of news to cover in this week’s Windhorst Weekly. Thank you to everyone that took time to send me messages on social media and via email and phone calls to share your thoughts on the Governor’s State of the State address and priorities for the spring Session. I’m focusing on ethics reform, ending gerrymandering, and achieving property tax relief for all Illinoisans!

“The Governor and I do not exactly see eye to eye on several political issues,” Windhorst said. “But, I was encouraged to hear him touch on a couple of legislative items that I believe should be the major focus of the 2020 spring legislative Session,” Windhorst said. “I would like to see this Session focus on reforming ethics laws to stamp out corruption, find solutions to provide our citizens with property tax relief, and change the way legislative maps are drawn to make the process more fair and equitable.”

Windhorst says a recent uptick in federal investigative activity provides the legislature with its greatest impetus so far to make serious ethics reforms a top priority.

“The investigations, raids, arrests, indictments, and guilty pleas that have happened in the last year have shaken the Capitol dome to its core, and rightly so,” Windhorst said. “House Republicans have sponsored more than a dozen corruption-focused bills and the Governor used his State of the State platform to promise movement on ethics reforms. This is a position that I hope he will continue to take as the Session moves along.”

Windhorst believes providing property tax relief is essential to ending the mass exodus of citizens and businesses from Illinois to other states with friendlier taxpayer climates.

“Illinois leads the nation in population loss in the last decade,” Windhorst said. “Families and seniors are being priced out of their homes, businesses are moving to other states, and we are losing population in part due to high property taxes,” Windhorst said. “I believe we must tackle the crushing burden of unfunded mandates and get Springfield off the backs of schools and local government units. The high cost of running local government causes the price of property taxes to go up and causes people to leave the state. Solving this issue and providing relief for our citizens will take bipartisan compromise.”

Session was canceled on Thursday, but stayed in Springfield to attend the 3rd meeting of the Joint Commission on Ethics and Lobbying Reform.

Thursday’s testimony focused on conflicts of interest and the need for greater transparency in disclosures made on statements of economic interest. The Governor in his State of the State speech Wednesday signaled support for 3 bills that I am sponsoring. 1. A ban on legislators serving as lobbyists. 2 A revolving door ban that would require a cooling off period before legislators would be allowed to lobby. 3 Requiring further disclosure of conflicts of interest and punishment for breaching them.

I’m looking forward to more meetings of the Commission and to putting together a comprehensive report that lays out a realistic plan of action to tackle corruption in the State of Illinois. Cleaning up our ethics laws is a top priority for me this Session.

Prior to Tuesday’s Session, folks from all over Illinois came to a kick off Pray for Springfield rally in the Capitol rotunda. The Stand for faith rally was followed by a group from White Ash Free Will Baptist church going to the House of Representatives gallery for a time of quiet prayer. Thank you for the invitation and for all you do. To learn more about Pray for Springfield, visit their Facebook page at this link:
https://www.facebook.com/prayforspringfield/