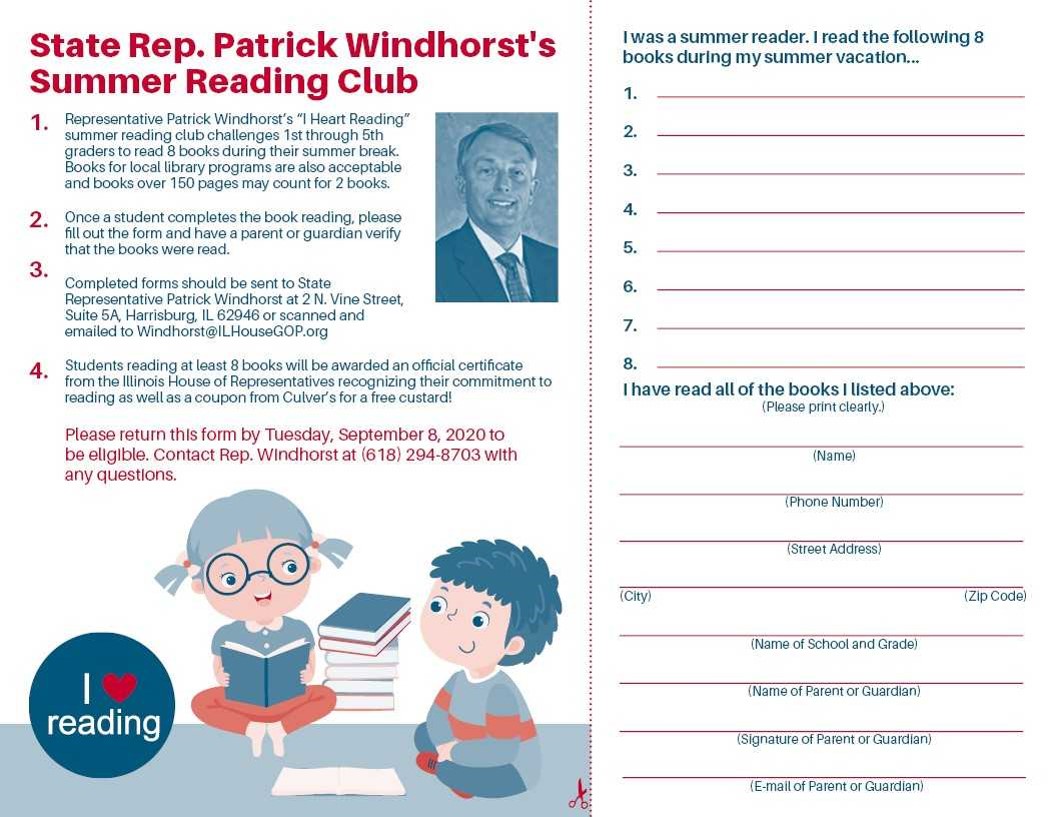 July 2020 has come and gone, and it will certainly be a month to remember.

This edition of the Windhorst Weekly will tackle three major points of interest that you might have missed in the last part of July.

Lots of information below – thanks for reading! – Patrick

New corruption allegations have surfaced against Illinois House Speaker Michael Madigan. The Speaker is implicated in a bribery and ghost payrolling scheme involving the passage of legislation favorable to energy giant Commonwealth Edison.

“The revelations in the Federal government’s corruption and bribery investigations that came to light last week highlight the depth of the problem of public corruption that we have in Illinois,” Windhorst said. “I would not expect Speaker Madigan to call a session that would result in real changes to our ethics laws. He is part of the problem. The governor stated in his 2020 State of the State address that the time was now to act to stop backroom deals and government corruption. The governor has the power to call legislators back to Springfield, and if he does, House Republicans like me have introduced and sponsored more than 30 bills aimed at stamping out corruption. The time to act is now. Silence in this case is a tacit endorsement by this governor of ‘business as usual’,” Windhorst said.

ComEd Company has admitted to hiring Madigan’s political allies to curry favor with the Speaker in order to pass sweeping energy rate legislation to improve the company’s profitability.

House Republicans have released an online petition demanding that Governor Pritzker call a special session so Illinoisans can have real ethics reforms at https://www.ilhousegop.org/ethics.

House Speaker Michael Madigan is not named in the agreement but is instead referred to as Public Official A. According to the US Attorney’s office, Public Official A was engaged in arranging jobs and contracts for political allies in exchange for passing legislation favorable to Exelon and ComEd’s profitability and rate schedules.

“Today’s revelations from the US Attorney’s office in regard to a deferred prosecution agreement involving criminal activity and collusion between Exelon and ComEd and House Speaker Michael Madigan are illustrative of the systemic public corruption problem we have had in Illinois for decades and further demonstrates the need for Illinois to adopt comprehensive ethics reform.

I am troubled that Speaker Madigan has been able to consolidate the kind of power that he has, controlling both the Democratic Party of Illinois and the Illinois House of Representatives. No one person should be able to exert the amount of authority Speaker Madigan has exerted over our state for as long as he has. The allegations leveled in today’s criminal settlement with ComEd and Exelon are serious enough to warrant Speaker Madigan’s immediate resignation.”

METROPOLIS – State Representative Patrick Windhorst (R-Metropolis) joined the other three Republican members of the General Assembly of the Joint Commission on Ethics and Lobbying Reform in issuing a letter to the co-chairs of the Commission requesting to meet to finish its work and finalize its report that was due at the end of March.

The contents of the letter are here:

The Joint Commission on Ethics & Lobbying Reform has not met since March 5. While none of us could have imagined the extent to which the coronavirus pandemic would limit our ability to conduct state business in person these last few months, we have all found creative ways to work around the risks associated with COVID-19.

Some state panels are now meeting in person, including the Joint Committee on Administrative Rules (JCAR), with proper precautions in place, and many other groups are utilizing online apps like Zoom to conduct business. In fact, many groups have been meeting via Zoom throughout the entirety of the health pandemic. There is no reason why the Joint Commission on Ethics & Lobbying Reform cannot complete its work.
Recent news only highlights the importance of our collective work to establish better ethical standards for those elected to serve the public. This most recent breach of ethics involving ComEd and the Speaker of the House requires our immediate attention.

As the Republican members of the General Assembly serving on the commission, we are formally requesting that you reconvene the Joint Commission on Lobbying & Ethics Reform, either in person or through an online meeting service, within 30 days of the date of this letter, to complete our final report, including policy recommendations for comprehensive ethics reform.

Our group was doing good work prior to the stay-home order associated with the COVID-19 response. We must complete our work and follow through with several legislative remedies to combat the corruption that has stained our state and continues to erode the public’s confidence in its government. The blanket of mistrust in state government will only be lifted when policies are put in place that force elected officials to meet the highest levels of conduct.

Windhorst says this year’s summer reading club, like almost everything else, is a little different than previous years.

“This year we were delayed in getting started with our summer reading club because students were not in school as summer began,” Windhorst said. “Since schools and libraries were closed, we started a little later in the summer and extended the deadline for returning completed forms until after Labor Day.”

Students in 1st through 5th grade that read 8 books between now and September 8, 2020, will be awarded an official certificate from the Illinois House of Representatives recognizing their commitment to reading as well as a coupon for a free Culver’s custard from Culver’s in Marion.

“I want to thank Culver’s in Marion for being a partner in helping promote this year’s summer reading program,” Windhorst said. “Although this year is a bit different, we’re encouraging kids to read and to work to achieve a goal. This year we will also allow Accelerated Reader (AR) books to count towards the 8 books for students to complete the program.”

Students may email completed forms to Windhorst@ILHouseGOP.org or return by mail to:

A PRINTABLE FORM CAN BE FOUND BY CLICKING HERE

The Illinois State Board of Education issued detailed guidelines for the reopening of schools and planning for the resumption of high school sports and extracurricular activities. New case outbreaks have caused certain guidelines to be rolled back and new restrictions put in place. You can read the entire guidance from ISBE here: https://www.isbe.net/Documents/Fall-2020-Learning-Rec.pdf

All public and nonpublic schools must follow IDPH and ISBE guidance during Phase 4.  This means that they are expected to take proactive measures to ensure the safety of students, staff, and visitors.  These measures include:  1. No school assemblies – the number of people in one space is limited to fifty or fewer. 2. No hallway crowding – schools should ensure compliance with social distancing requirements to the greatest extent possible.  3.  Screen all persons allowed inside school buildings – including symptom screenings and temperature checks, or requiring individuals to self-certify that they are free of COVID-19 symptoms, before entering school buildings.  4. Mandatory hygiene – require washing hands with soap and water or using hand sanitizer, covering coughs or sneezes, discouraging the sharing of personal items, and regularly cleaning and disinfecting high-touch surfaces.  5. Facemasks – Requiring the use of appropriate PPE by students, staff, and visitors, including the use of face coverings by individuals who are over age two and able to medically tolerate a face covering. Schools must provide face coverings to all employees who are not able to maintain a minimum six-foot social distance at all times; and, to the extent possible, they must make face coverings available for all students.

The newly released guidance categorizes sports into three risk levels, low, medium, or high, based on the amount of contact between athletes and their proximity during play. The guidance sets four levels of play allowed based on current public health conditions.

The distribution of Local CURE Act money will be overseen by the Illinois Department of Commerce and Economic Opportunity (DCEO).  Municipalities, counties, and certified local public health departments will be eligible to apply for the aid.  The applicants will be required to show that they are spending the money on COVID-19 public health-related purposes.

Get the latest information on the COVID-19 outbreak and response by visiting ilcovid19info.com or coronavirus.illinois.gov.