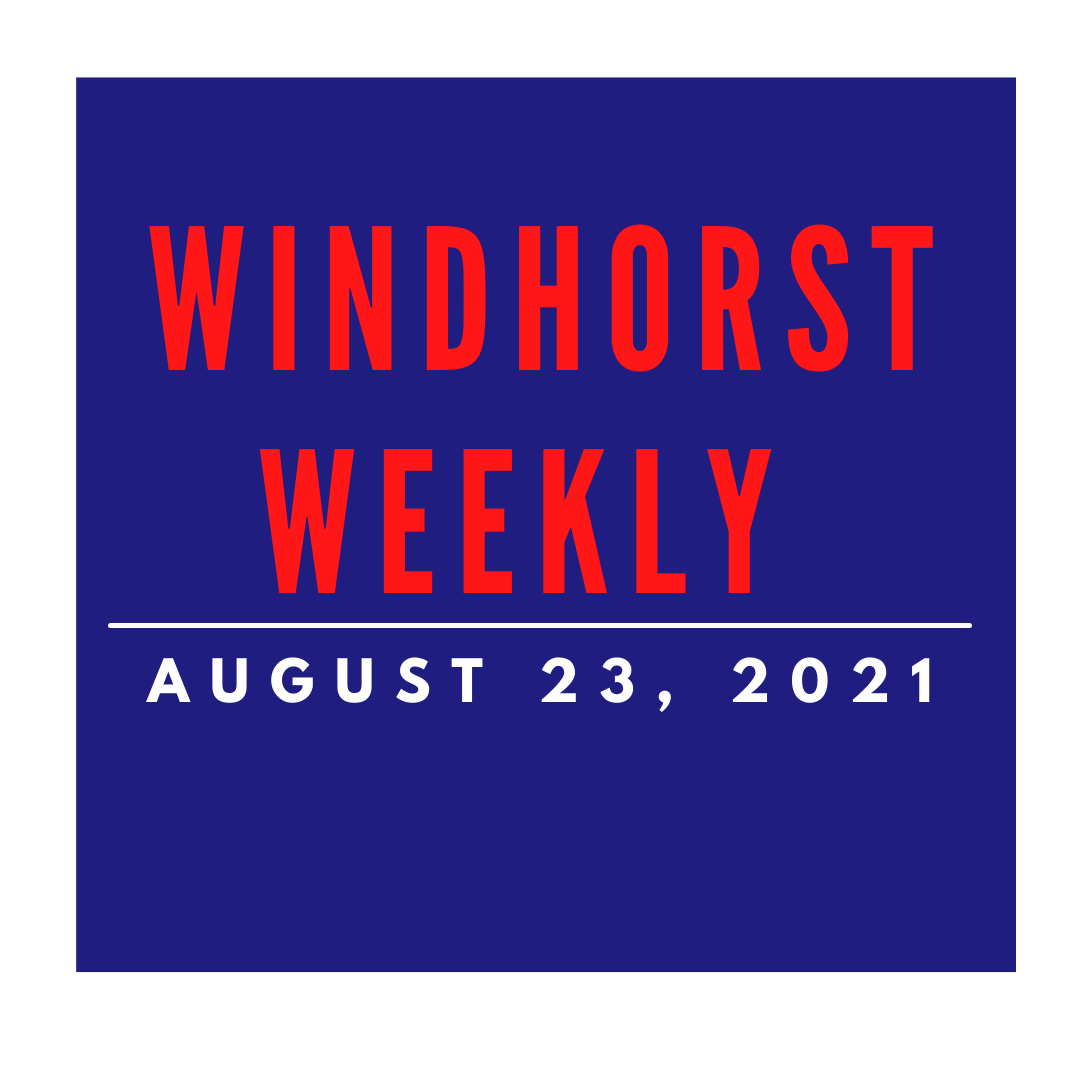 This week’s edition of the Windhorst Weekly will break down some of the news and notes from the 118th district and beyond for the last week or so. First up, I’ve got information on the upcoming Special Session of the Illinois General Assembly on August 31 to address problems with recently passed legislative maps. I also have some photos from some of my travels throughout the district and information on the Du Quoin State Fair which is coming up very soon! As always, thank you for reading the Windhorst Weekly. If I can ever be of service to you, please do not hesitate to contact my office!

House and Senate to Return for One-Day Session August 31, 2021

Members of the Illinois House and Senate will return for a one-day special session of the General Assembly next Tuesday, August 31 to address the issue of legislative redistricting.

In last week’s newsletter, I provided a detailed analysis of problems that exist with recently passed and signed legislative maps as part of the constitutionally required redistricting process that explained Democratic politician drawn maps population deviations from district to district deviate by a greater percentage than is allowed by the US Constitution.

House Republican members of the House Redistricting Committee continuously argued that Illinoisans would be better served by delaying the drawing of legislative maps until complete United States Census data was released. House Republican warnings that American Community Survey data was flawed, and similar warnings from independent groups were ignored. The result is now the legislature must return to correct these and other mapping errors.

An analysis of US Census Data has revealed that the maps passed in May deviate up to three times the legal limit for population deviations allowed by Federal law. The House and Senate redistricting committees have scheduled seven public hearings for the coming week to take testimony from interested parties and answer questions from legislators before the legislature reconvenes to vote on new maps.

Governor Pritzker, as a candidate for Governor, pledged many times to veto any map drawn for politicians, by politicians. Despite House and Senate Republicans reminding him publicly of that pledge, the Governor pushed forward and signed the maps drawn by the Democratic supermajorities. Will he sign a second map drawn by and for the politicians? Stay tuned!

METROPOLIS – State Representative Patrick Windhorst (R-Metropolis) issued the following statement on Friday evening, following a late-afternoon bill signing by Governor JB Pritzker. Gov. Pritzker signed SB 818 today, a new law that mandates school districts in Illinois teach controversial Federal sexual education curriculum starting in kindergarten.”I objected to several of the provisions included in SB 818, among them being the requirement that schools that do not teach curriculum included in Federal sexual education standards would be barred from teaching any sexual education at all. The images, themes, and content in the sample materials that I’ve seen are not what I consider age-appropriate.

This new law moves the current minimum age for mandated sexual education from sixth grade to kindergarten, and goes as far as prohibiting any instruction or materials in the classroom which might conflict with the federal sexual education standards. By passing this legislation, the State of Illinois is interfering with important conversations and decisions I believe are best left to parents and local education officials.”

On Friday, I had the honor of attending the ribbon cutting for the MAP CDS in Karnak. Thank you Chamness Care for your efforts in re-opening this facility and providing community day services to our adults with intellectual disabilities.

It was my pleasure to join the Kiwanis Club of Metropolis to provide a legislative update last week. I enjoyed presenting to a great crowd that asked lots of good questions. I’m planning to return again soon! Thank you!

The Illinois Department of Commerce and Economic Opportunity (DCEO) has launched a $250 million Back to Business (B2B) grant program to support the continued recovery of small businesses across Illinois. The first round of Back to Business Grants will offer the hardest hit industries grants of $5K-$150K to help offset losses, bring back workers, and take continued steps to rebuild amid the fallout from the pandemic.

DCEO will work alongside over 100 community navigators, 42 Small Business Development Centers (SBDCs) and other outreach partners who have relationships with their local business community. These partners will help small businesses prepare and apply for funding with 1-on-1, and multilingual assistance in every region of the state.

Interested businesses can find information on grant opportunities and connect with navigators to assist in the process at https://www2.illinois.gov/dceo/AboutDCEO/GrantOpportunities/Pages/CommunityNavigator.aspx

$10 million is being made available by the Illinois Department of Commerce and Economic Opportunity to boost tourism in Illinois. Applicants may be eligible for up to $1 million to help offset the costs of putting on festivals and other events that bring tourists to the State of Illinois.

Applications will be accepted on a rolling basis until funds are depleted with awards made quarterly and the department will have the ability to fund applications most closely aligned to eligibility criteria approved for immediate funding.