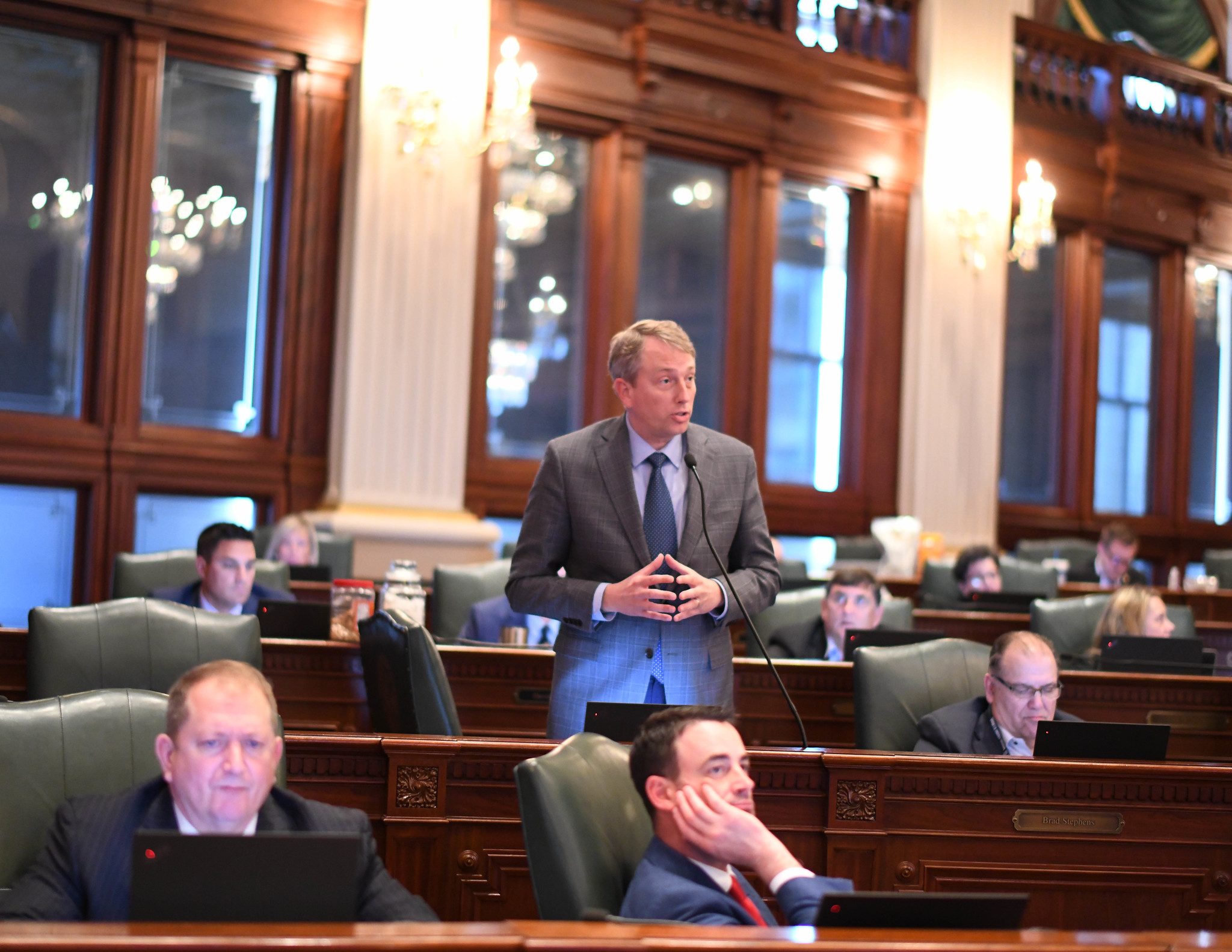 “I was proud to join with Senator Dale Fowler in passing SB 2984, a new law that will extend resources from the Illinois Department of Commerce and Economic Opportunity to a new category of young entrepreneurs. Under this legislation, young entrepreneurs aged 16-29 seeking support to start a business in Illinois can find assistance through an Entrepreneurship Assistance Center at DCEO. These centers will provide vital tools and guidance to young business owners in both the pre and post-startup phase of their venture and assist them with knowledge and access to capital and resources.”

The new young entrepreneurs law is labeled as Public Act 102-0821.

Rep. Windhorst also announced the signing of legislation that strengthens protections of victims of domestic and other kinds of violence that seek emergency and civil orders of protection.

“I took action this past session to strengthen protections for victims of domestic and other kinds of violence and harassment by passing legislation to keep orders of protection from being made public until the subject of the order is properly notified,” Windhorst said. “This legislation is aimed at stopping victims from being intimidated or further harassed by people that are not subject to the order of protection on behalf of the subject. I am working to keep victims of violence of all kinds from experiencing harassment and bullying for simply exercising their right to seek orders of protection when they have been harmed or threatened. I am grateful to my colleagues for advancing this bill and for it receiving the governor’s signature.”

Previously known as SB 3517, the newly signed law is recorded as Public Act 102-0831. Information on both pieces of legislation passed by Rep. Windhorst that have been recently signed into law can be found at ILGA.gov.